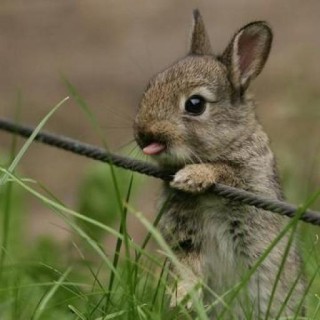 Anyone else ready for some serious commercial airline reform? Flying is feeling more and more like kindergarten these days:

Our recent jaunt to Key West via American Airlines was a round-trip dignity mugging.

“We’re American Airlines..Failing’s what we do best.”

For starters, it’d be great if the nice big airplane company could possibly hire customer service personnel who don’t positively hate their jobs/their life/anyone not wearing an American Airlines uni. Seriously, I’ve seen more enthusiasm in a cemetery. I’m not saying they were disparaging, but they looked at us like Hillary Clinton would regard a used condom stuck to the bottom of her shoe.

First of all, the whole boarding process is ridiculous. Since they only allow one way on and off the plane, why not board from back to front, by row? You don’t fill the TOP HALF of the glass first, do you? For one, it’s easier to get your personal allowance of crap to your seat if you don’t have to navigate the elbows, knees, and asses of the folks already at their seats in the front and middle, and it saves the front-dwellers and middlers from getting bashed by Samsonites and smacked by giant plastic bags seemingly full of bricks and stones that so many people travel with these days. Nope. Instead, the First-Classers and proud holders of American Airlines Preferred MasterVisa Super Cards get on first. I’m convinced this is so that First Class passengers can enjoy sitting there, smugly superior in their starched Polo shits, poking disdainful fun as the great unwashed parade themselves back to steerage. (But there are methods of retaliation. My friend Todd loves Cuban food, and he merrily retains the related gas before he flies, only to fart without mercy while passing through the first class cabin. If you ever travel with Todd, make sure you get on the plane BEFORE him. And if the gas masks do deploy, remember to first secure your own before helping others.)

If my first sensible boarding reform plan doesn’t work, then why not attach jetways to both ends of the plane? There’s two doors, Mr. Hawking–use them. Easy on, easy off, for everyone. Airports have more jetways than they know what to do with. I think they actually breed them when no one is looking. Rows 1-20, to the left, 21-40 to the right, thank you ma’am. And it makes departing the plane that much easier, too. Let’s face it: if you’ve ever been in the back of a crowded 767 that’s just landed late and you know you’re going to have to run like Forrest Gump to make your connection, seeing the massive, slow-moving blot of bodies blocking your only way out is enough to make you wish for an Acme Insta-Vapor Death Ray Gun.

Every airline we’ve used has some zany way of separating passengers at boarding time. Southwest has their letter grade A, B, Cs that always makes me wish I’d studied more. American boards by Zones, 1 through 5. Zone 1 seems to always be reserved for people who are desperately trying to look busy and important. We are neither, hence we’ve never even sniffed the 1 Zone. In fact, we checked in a full 24 hours before our flight (as responsible travelers do), and were still relegated to Zone 5. While waiting to board, the woman at the desk announced that “anyone who does not have a zone listed on their boarding pass may board with Zone 4”).

Zone FOUR??? Exactly how far down the passenger food chain are we Fivers when we’re forced to board AFTER the people who didn’t even bother to have a zone assigned to them??? Do we get an actual seat, or are they tying us to the landing gear?

Then there’s the two boarding lanes at the gate. I love this. There’s one lane for General Boarding. It’s maybe 20 feet long, and seems to be doing its assigned job just fine. But right next to it is a separate special lane reserved for the First Class and Elite Master Express Credit Grand Poobah whatevers. It too, is about 20 feet long, and to my uncouth eye looks an awful lot like the one next to it. Actually, they’re identical, and separated only by a thin plastic belt attached to a couple of snazzy, burnished metal, thin plastic belt-holder poles. Is this really the best use of space? Does the preferred lane feature lilac-scented air as you navigate its majestic 20 feet of carpet? Are there massaging foot warmers under the flooring?

“Oh,dahling, look at those poor slovenly creatures, forced to endure such an inadequate boarding lane. We simply MUST have a benefit on their behalf.”

On the return flight, we’re right back in plucky Zone 5 again, boarding behind mannequin parts and potted plants. As we approach the departure gate, Ms. Someone-Peed-In-My-Shoe-This-Morning informs Mrs Bunny and me that we “may” need to check our carry-ons as the flight is full, and space is limited, and of course, we’re careless enough to have allowed ourselves to be placed in Boarding Zone 5.

The rules of what items passengers can bring aboard are stated approximately every 1.4 seconds in the terminal. We now know them better than we know our own pants size: one (1) carry-on suitcase that must fit in the overhead compartment, and one (1) personal item that must be small enough to fit under the seat in front of you. There are a set number of seats onboard, and a specific size limit for each carry-on. So how exactly do you run out of space??? Are the Flight Attendants smuggling massive Tupperware containers to 3rd world countries?

She didn’t elaborate, so I grumbled across he tarmac with our bags, expecting to be surrounded at gunpoint by the luggage police at any moment.

As we boarded the plane, I spied vast empty space in several of the First Class area’s overhead compartments, and quickly hoisted our carry-ons up and in. About then, the flight attendant huffed “sir, these are reserved for our First Class passengers” as if I’m sitting on their laps and going through their pockets. I looked around and all the FC seats were full. No other busy+important passengers were joining us on that flight. Yet there was still enough room even after our bags went in for Warren Sapp to climb up there for a long nap. With a yak.

Now, everything behind us on the plane looked as overstuffed as the Beverly Hillbillies’ cross country travel truck. So I turned back, and gave her “the look”, which basically conveyed the following: “Now see here madam, we’re already quite dismayed at the prospect of having to leave lovely Key West and head home to a frigid, snow-smacked Mid-Atlantic. I do appreciate the gracious favor of allowing us to purchase tickets on your airline, but now you dare chide me about placing our bags in an available, designated carry-on bag compartment that STILL has sufficient room available to fit the entire cast of Les Miserables AND a mid-sized SUV? Now, either change your tune, or bring me a glass with some rum in it so that we might continue this conversation properly.”

She relented. And I still wanted my rum.

But next time, we’re giving serious consideration to selling off a few lesser-used body parts and using the proceeds to buy into one of those private jet time shares. Maybe we can look busy and important to each other?